An edge device is any piece of hardware that controls data flow at the boundary between two networks. Edge devices fulfill a variety of roles, depending on what type of device they are, but they essentially serve as network entry — or exit — points. (Source: TechTarget: Edge Device)

You wouldn’t want to expose your internal network to the internet via computers in the office, and you don’t want to do that with the machines on the factory floor either. Coupled with the fact that most machines in a factory are older and aren’t incredibly secure to start, exposing them to any kind of network is a massive security risk. This type of open-door policy opens you up to cyber-attacks and all types of other malicious activities. Unsurprisingly, this is something 99.9% of manufacturers want to avoid.

An edge device provides additional security while also providing the ability to communicate directly with the machines on the floor to collect data and send that data to the cloud.

SensrTrx uses an edge device to connect the machines and software. The edge device runs a variety of software that scans the protocols that machines talk, such as MTConnect, EthernetIP, OPC, Modbus, among many, many others, Then, the edge device collects data from the machines and manipulates that data to send to SensrTrx. That’s how we’re able to provide actionable insights into what’s happening on the factory floor – all through an edge device.

It will also do things like deduplication which essentially means preventing duplicated data from being sent to the cloud, batch information to reduce the load on the internet connection, and even store data if the internet goes down. To do this, the edge device will queue the data so that if the internet does go down, it can offload it to the cloud once the internet is back online.

At its core, the edge device is communicating with the machines, providing security for the company and the network by keeping it physically separated from the internet, manipulating and processing the data, and converting data to a common format before sending it to the cloud, that then communicates to various software entities like SensrTrx.

It’s truly a highly functional, essential piece of manufacturing equipment (in a small box) that permits cloud providers like us to do our jobs.

What’s the Alternative if you don’t have an Edge Device?

Believe it or not, there is an alternative approach if you don’t have an edge device or simply don’t want one. In certain situations, manufacturers will connect directly to cloud services, if there isn’t an edge device in use. They aren’t necessarily exposed directly to the internet; they’re just pushing data to someone else’s cloud service. But, in this case, each individual machine will need to be configured to talk to a specific cloud service. If there are 153 machines, for example, this can be a tedious task.

With an edge device, rather than configuring each machine to talk to one service, one box will communicate directly with all of the machines which then pushes that data up to the cloud, communicating to as many cloud services as you need. It’s relatively simple.

If I’m being honest, if a manufacturer isn’t using cloud services like SensrTrx, there may not be a need for an edge device. To a certain extent, any computer or server that exists in someone else’s office is kind of an edge device. Even your router at home or cell phone could be used as an edge device. There’s a variety of ways to reduce the security risk of a plant network and internet network connection, it’s simply finding the right solution.

However, I do recommend the use of an edge device to provide that extra layer of security. That’s just my two cents, though.

There are other use cases of an edge device, too. It can connect to other software in the plant so it’s not at risk of exposure either. For example, let’s say a manufacturer has an on-premise ERP system (which most do). The edge device permits communication directly with the database which then enables data collection, transforming it, and pushing it to the cloud. The edge device can be that bridge between that internal database and the cloud, just as it’s the bridge between a machine and the internet.

Another Use Case for Edge Devices: Automatic Updates

Obviously, I’ve talked about security a lot, but with security, come updates. It’s essential to be able to securely and easily deliver software updates to the devices, whether it’s an operating system update or updates to the software that’s running on the device.

SensrTrx does that automatically, but not without the help of an edge device. It not only gives us the ability to update software for our customers but to configure it without logging into the device directly since we are often not in the same locations. Edge devices can all be configured directly from the cloud. The devices talk to the cloud and continuously monitor for changes. If there is an update, it pulls down that update to the machines and uses that to configure the modules.

It circles back to the idea that unauthorized access from the network needs to be prevented, from any source. This applies to cloud providers, too. You don’t want your cloud provider having the ability to login into your devices and poking around the network without permission. That’s where an edge device is beneficial.

All of this is to say that edge devices are essential to any cloud service provider, especially in the manufacturing space.

The Downside of an Edge Device

If I’m being honest, no technology is full-proof and there is one key problem with edge devices – connectivity. If the internet connection is lost on either a machine or the cloud, the device becomes less useful. That said, the good outweighs the bad in terms of benefits. There is so much an edge device can do for a plant, as I mentioned above.

At SensrTrx, we standardized on a certain set of software and a certain type of devices because we know they work. They’re very reliable and easy to deploy. That’s key when important data is at stake, like on the production floor of any manufacturer. It reduces the likelihood of a device malfunctioning or going down.

Most people expect us to solve problems if data isn’t coming from the machine. We’re the first phone call even if it isn’t an issue with SensrTrx specifically. We wanted to standardize on something that is not only easy to deploy but we maintain so the customer doesn’t have to deal with any problems. That’s the beauty of the standardization of a device that has proven to be more reliable than other brands.

There are many edge devices, but we’ve standardized on one particular kind because it’s flexible, can talk to any machine, knows if they go up or down, and if there is a problem, gives us the ability to easily fix it. It provides peace of mind to the customer.

That said, there’s a lot of questions manufacturers should think about when deploying edge devices on the floor, and those questions are important to address in a blog all about, well, edge devices.

8 Questions to Answer When Deploying an Edge Device

Before you implement an edge device, or even if there’s already one on the floor, think about the answers to these questions. Enacting a plan of action will help to maintain efficiency and organization on the floor. 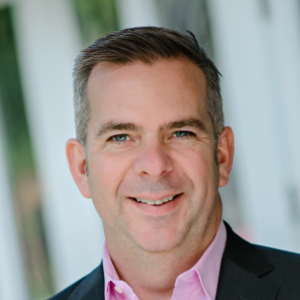