Yes, the Cloud is Secure. No, it is Not Easier to Provide Your Own Data Center.

What about that 35% globally and 7% in the United States not utilizing cloud storage? Some may be concerned about security threats, but frankly, cloud storage is more secure than on-premise backup, storage, and computing systems – known as “legacy systems”. Security concerns regarding cloud storage are relatively unsubstantiated.

Consider three of the big breaches – Target, Home Depot, and Apple iCloud – all three were due to human error. Of note is that all cloud storage has safeguards in place to eliminate hacker potential.

Compared to legacy systems, cloud storage is equipped with multi-layered security defenses, all due to the expertise of the cloud service provider (CSP). Amazon, Microsoft, and Google are examples of reputable providers.

With a cloud service provider, the human risk decreases because people don’t have access to the data stored on-premises, it’s always monitored, and undergoes yearly audits, mandated by law.

Nowadays, software companies work in the cloud, but in order to use any of their services, you have to be willing to use the cloud. So, let’s get into the most popular questions regarding the cloud.

What is the Difference Between a Cloud and Data Center?

There are generally two differences between an on-premise data center and a cloud – physical security that protect the running servers in your building so no one can get them to them directly and the actual cybersecurity provided to those servers.

In terms of physicality, armies of people guard the on-premise data centers that run the cloud. Their presence ensures no one can get into the data centers and the cloud. Digitally, cybersecurity is provided to protect the servers from being hacked.

Think about companies that run their own on-premise data center rather than entrusting a large company such as Amazon to do the job. They likely have a server closet with a few IT guys who are generalists monitoring the server – they know how to do a little bit of everything in the tech world.

Then, think about how much money an individual company or plant is going to invest in securing their servers, both in people and infrastructure, versus how much money Microsoft or Google is spending. Whose software or infrastructure is going to be more hackable? Who has the staff and expertise to be constantly looking for suspicious things, keep the servers up to date? Which will be harder to hack and expose?

A handful of people inside the company with a lot of different jobs, one of which is cybersecurity, looks vastly different than an entire department of folks focused on nothing but cybersecurity.

But, consider that most people are running things in the cloud, and the greatest concern is security which is why using massive companies such as Amazon, Microsoft, or Google, can be a safer bet in the long run. People use the software as a service in the cloud, even when they don’t realize it. The most sensitive things – logging into a bank account online for financial information, sending emails in an online email server such as Outlook or Gmail – are both examples of data that is housed and protected in a cloud server.

So, long story short, the cloud will be more secure than on-premise data.

With a private cloud, a company has its own dedicated infrastructure and servers that are physically separate from any other customer, and it still functions like the cloud. Yet, the company doesn’t have to maintain infrastructure because it’s done by the cloud provider.

A private cloud is potentially more secure just because it isn’t shared with anyone else or any other hardware, but everything else mentioned above still applies.

What are the Benefits of Cloud Hosting?

The biggest benefit of cloud hosting is that your software is always up to date and your IT department doesn’t have to do anything to maintain it. Things like updating the operating system, server, infrastructure, or database are all included in cloud hosting.

For software as a service platform, the burden of maintaining all those systems mentioned above are taken care of for you.

Can the Cloud be Hacked?

Of course, anything can be hacked. But, in reality, if you’re worried about data security, the biggest vulnerability a company has is an internal threat.

For example, an employee that has access to data could give that data to someone else outside the company. That scenario is more of a threat than someone hacking the server and stealing the information.

The moral of the story here is that using a cloud provides more benefits than disadvantages. Curious to learn more? Contact us. 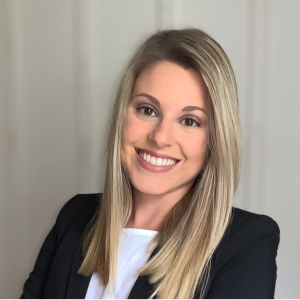